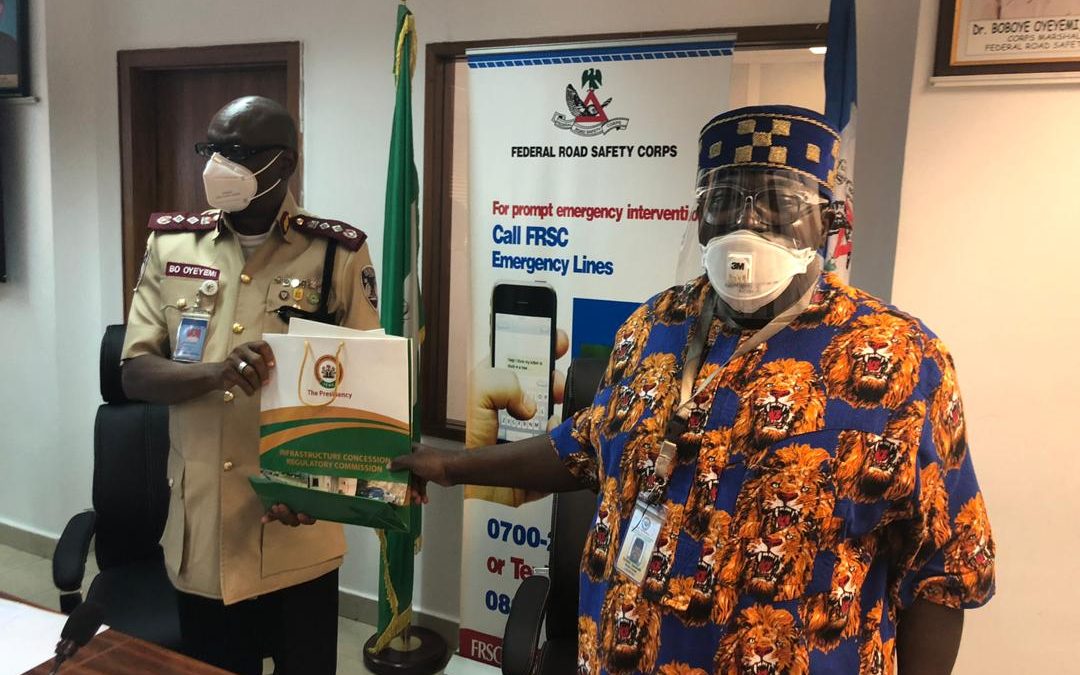 The Infrastructure Concession Regulatory Commission (ICRC) and the Federal Road Safety Commission (FRSC) have evolved modalities for the establishment of safe driving academies in the country.

The modalities for the academies were discussed while the Director-General of ICRC, Mr. Chidi Izuwah paid a visit to the Corps Marshall of FRSC, Mr. Boboye Oyeyemi, on Friday in Abuja. Izuwah encouraged the management of the FRSC to collaborate with the private sector to set up safe driving academies across the country. He said “the FRSC 2019 statistics reveal that the nation recorded 9,698 road crashes, resulting in 4,737 deaths. “The FRSC aspires to reduce these crashes and fatalities by 20 per cent and 25 per cent respectively. “These aspirations will be attained when the requisite driving knowledge and skills are imparted to all categories of drivers and riders plying the Nigerian road network, as the majority of the crashes are assumed to be due to human error.

“We strongly encourage the FRSC to partner with private sector entities for the establishment of driving safety academies for cars, trucks, tricycles, and bikes nationwide.

“We are optimistic that when these projects are implemented, it will greatly assist in improving driving habits and create overall economic benefits to Nigerians. The Singapore Safety Driving Academy is an excellent example.”

The director-general restated ICRC’s commitment toward enabling legislation to facilitate the Public-Private Partnership procurement processes to attract investments for the establishment of the proposed driving academies. In his response, Oyeyemi lauded the initiative of the ICRC.

The corps marshal said that 1,600 driving schools were certified in the country but none was an articulated driving school. He said that Aliko Dangote was the only one who established a driving school for drivers of articulated vehicles in Lagos and was also planning to set up two others in Obajana, Kogi. He said he had appealed to Dangote in 2019 to share his model for the public to benefit.

He said “Dangote has a training school in Lagos for articulated driving and I want to send some of my drivers there for training because these are not vehicles you just give to anyone.

“Several times I have passed a vote of no confidence on the existing driving schools because they are compromised,” he added.

Oyeyemi said that technology was required to run driving schools in the country, where a driver’s license could be automatically updated in the commission’s system.

He added that “we just introduced Computer-Based Test and we will be restructuring and upgrading the processes. “By the end of this meeting, we will get a team from both organisations and we will look at what is on the ground to design a way forward and look at how we can improve on this initiative.”

He said he had written to all the states of the federation in 2019 on the need to have model driving schools that could incorporate the needs of acquiring a driver’s licenses. He, however, said that Lagos was the only state that responded.