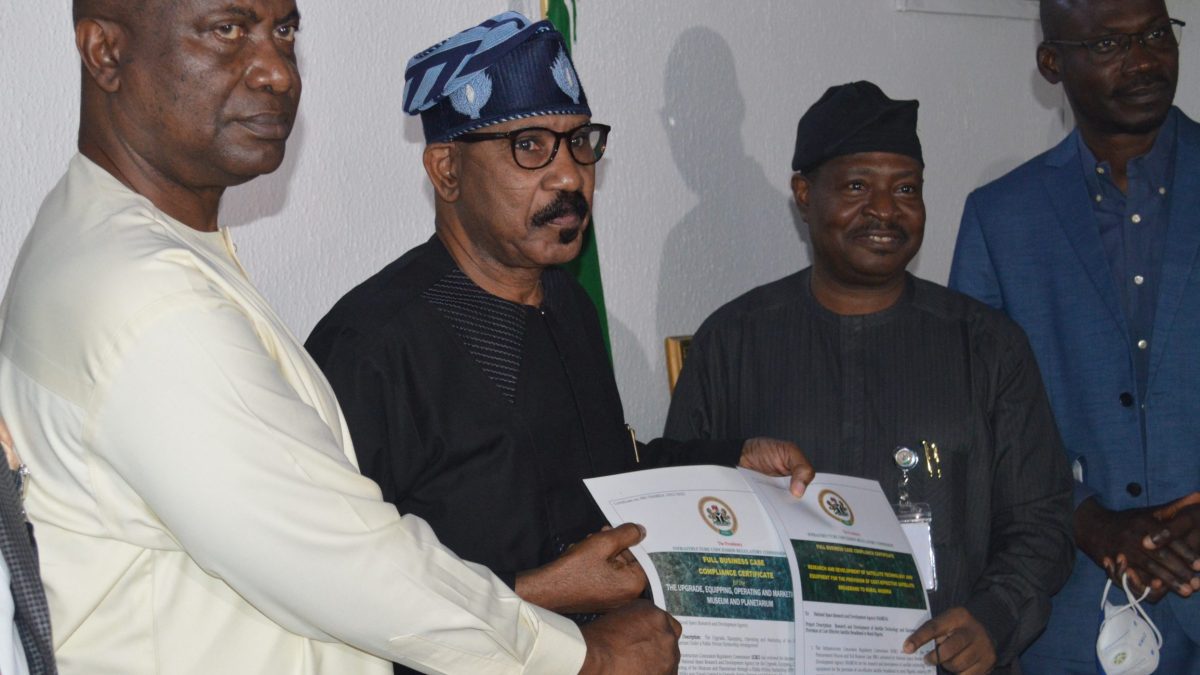 The Infrastructure Concession Regulatory Commission (ICRC) has issued two Full Business Case (FBC) certificates to the Federal Ministry of Science, Technology and Innovation for the concession of a Satellite Internet Broadband project as well as a Museum and Planetarium project.

The FBCs which were presented by the Director General of the ICRC, Michael Ohiani, were received by the Minister of Science Technology and Innovation, Dr. Adeleke Mamora.

A Planetarium is a domed building in which images of stars, planets, and constellations are projected for public entertainment or education.

The projects which will be executed through the National Space Research and Development Agency (NARSDA) are expected to generate over N48 billion in revenue, create over 10,000 direct and indirect jobs and also aid the fight against insecurity, while providing internet penetration to rural areas.

Receiving the FBCs, the Minister commended the DG of ICRC and his counterpart in NARSDA, Dr Halilu Shaba for the work that had been put in, to get the projects to the point

“It is not over, it will not be until the Federal Executive Council (FEC) gives the approval. These are very critical projects that will enhance our development as a nation in all ramifications.

Sighting an example with Dubai, he said the planetarium and museum projects are some of the projects deployed by the United Arab Emirate in Dubai to generate a pool of funds through tourism.

He said that with as little as 0.2 percent broadband penetration in Nigeria, the government under president Buhari was now in a hurry to bring the satellite broadband project to completion in the next six months.

“We told the agencies and the directors when we came that one of the things we are looking at is how we can deploy technology to solve the most critical challenge of this country at this time which is insecurity.

“With satellite, you can monitor movements and gain intelligence. It is very critical and this will also provide a lot of employment.

“There is nowhere in the world that government does it alone and that is why we need the buy-in of the private sector through Public Private Partnerships (PPPs).

“We will take these projects to the Federal Executive Council (FEC) and defend them robustly and our expectation will not be cut short,” he said.

While presenting the certificates, the ICRC DG, Ohiani said that the two projects will bring a lot of employment opportunities to Nigerians, generate revenue and also support government’s fight against insecurity.

“In terms of the broadband, we are expecting 10,000 direct and indirect jobs for the 15 years of the concession. The project will also bring revenue of N28 billion naira to the country.

“Also, in respect of the museum and planetarium, we are expecting that we will be receiving over 2160 visitors weekly, and it will generate and estimated N20 billion revenue.

Giving more insight into the broadband project, Ohiani said that concession also targets the deployment of over 7,000 very small aperture terminal (VSATs) all over Nigeria over the next two years.

He said that the proposed concession which was derived from an unsolicited proposal through Messrs Gilat-Eleo Consortium (GO360) as the preferred bidder, will utilise a Design, Finance, Build, Operate and Transfer (DFBOT) PPP model.

For the Planetarium and Museum, he said that the Equip, Operate and Maintain PPP model is being adopted, with 2,160 visitors expected every week, out of which 360 will engage in the sky diving section and 1800 visitors for other tourist activities.

For Ohiani, the projects will also curb capital flight and increase non-oil revenue to the government.

For the DG NARSDA, Dr Halili Shaba, he recalled that in 2021, President Muhammadu Buhari has tasked the space agency to seek out avenues to generate revenue, pointing out that the two projects provided such opportunity.

He said that the Planetarium had been built for a while but was yet to be equipped due to paucity of funds, prompting the move to concession the project for private sector investment and operation.

For the broadband project, he stated that Nigeria’s venture into space technology was majorly for socio-economic development which was why it was leveraging on the project to reach all Nigerians in rural areas.

“Some of the facilities that will be used will be assembled here in Nigeria: it is going to create jobs, it will bring more financial inflows into the country and it will enhance research and development within Nigeria,” he said. END. 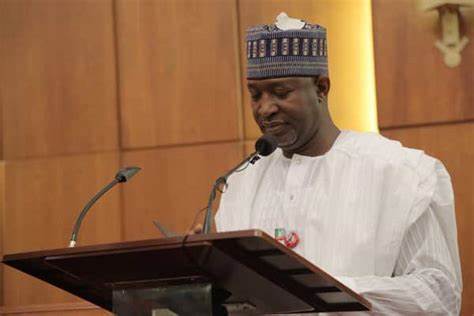 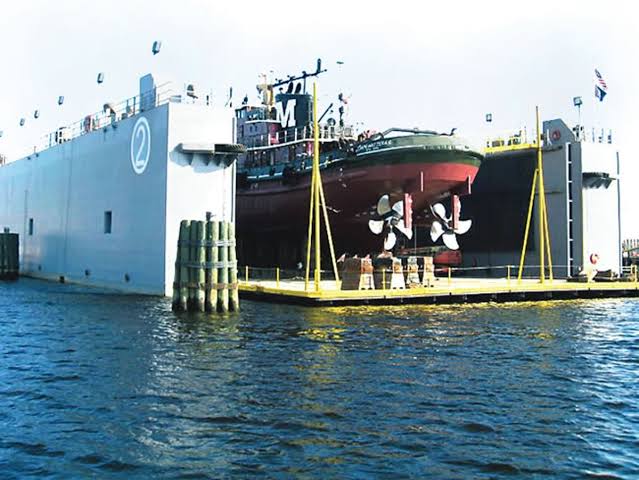 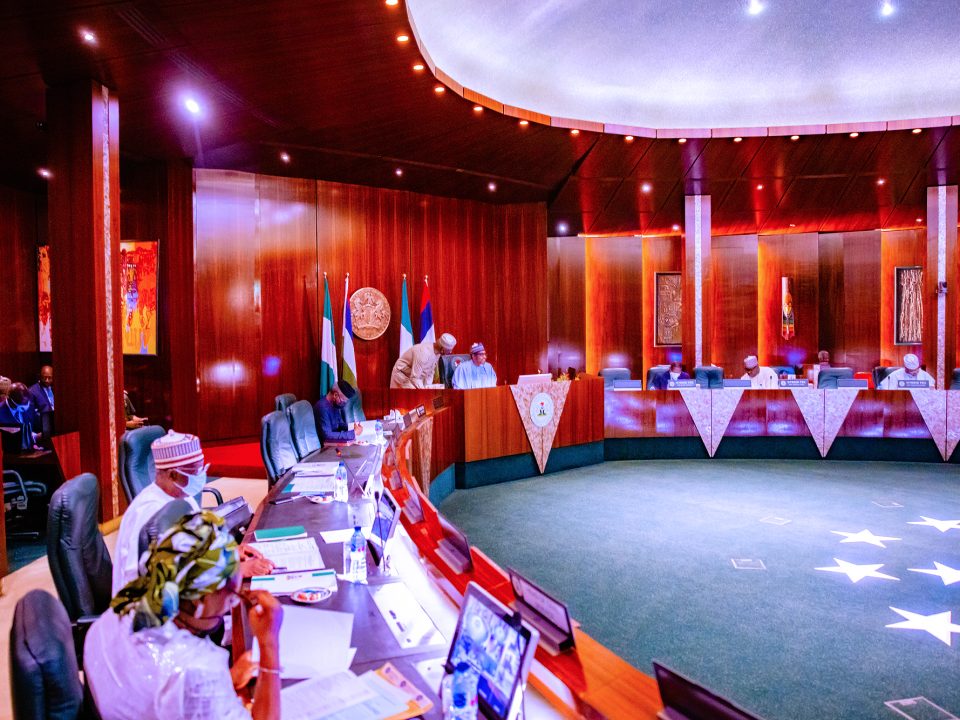