Senators’ salaries: Write us, we’ll help you get public information from anybody – Centre 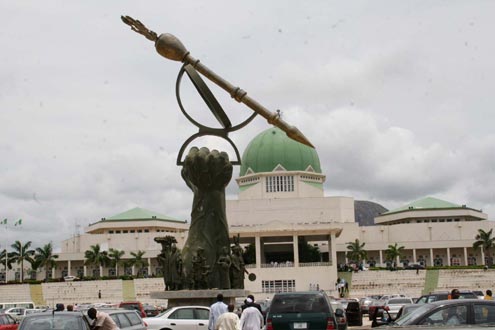 As many Nigerians, including human rights groups such as Femi Falana, SAN, and the Socio-Economic Rights and Accountability Project, SERAP, have continued to demand, for instance, the actual amount legislators earn without success, the Chief Operating Officer, Public and Private Development Centre (PPDC), Mrs. Nkem Ilo, on Friday has said that Nigerians had rights to request for such pieces of information on any public institution or person. Ilo told newsmen in Abuja on Friday that the Freedom of Information (FOI) Act allowed citizens to request for information and where it was denied, to have recourse to the court.

She said it was in the mandate of PPDC to support individuals, civil society organizations and the like, to access information from public institutions. “If you seek information from anyone and such information is not proactively disclosed, you can have recourse to court. “I will like to tell people out there that if you have challenges with getting public information, write to PPDC to know how we can help you. “I want to state that our resources which we provide are free to citizens and civil society organizations. “We are also willing to provide technical support to civil service and public institutions to meet their mandates on FOI,’’ Ilo said.

According to Ilo, the Centre annually conducts ranking of public institutions based on their compliance to proactive and responsive disclosure of information. She stated that the ranking had resulted to a rising competition as more public institutions proactively disclosed on their websites public expenditure information that would ordinarily not be there without a request. Ilo said that services could only be effectively and efficiently used by citizens if the right contracts were being awarded and implemented according to specification. She explained that the only way details of a contract could be ascertained was through access to necessary information. “For example, primary healthcare centres in Nigeria, there are lots of news about their ineffectiveness and inefficiency that some of them have been abandoned and are not equipped. “The only way that can be verified is by requesting for information from National Primary Healthcare Development Agency. “The moment you are armed with information using the FOI Act, you can check whether those contracts were properly awarded and how much was awarded. “You can also check how equipped they are and how they have been contributing to the economic development of Nigeria,’’ she said.