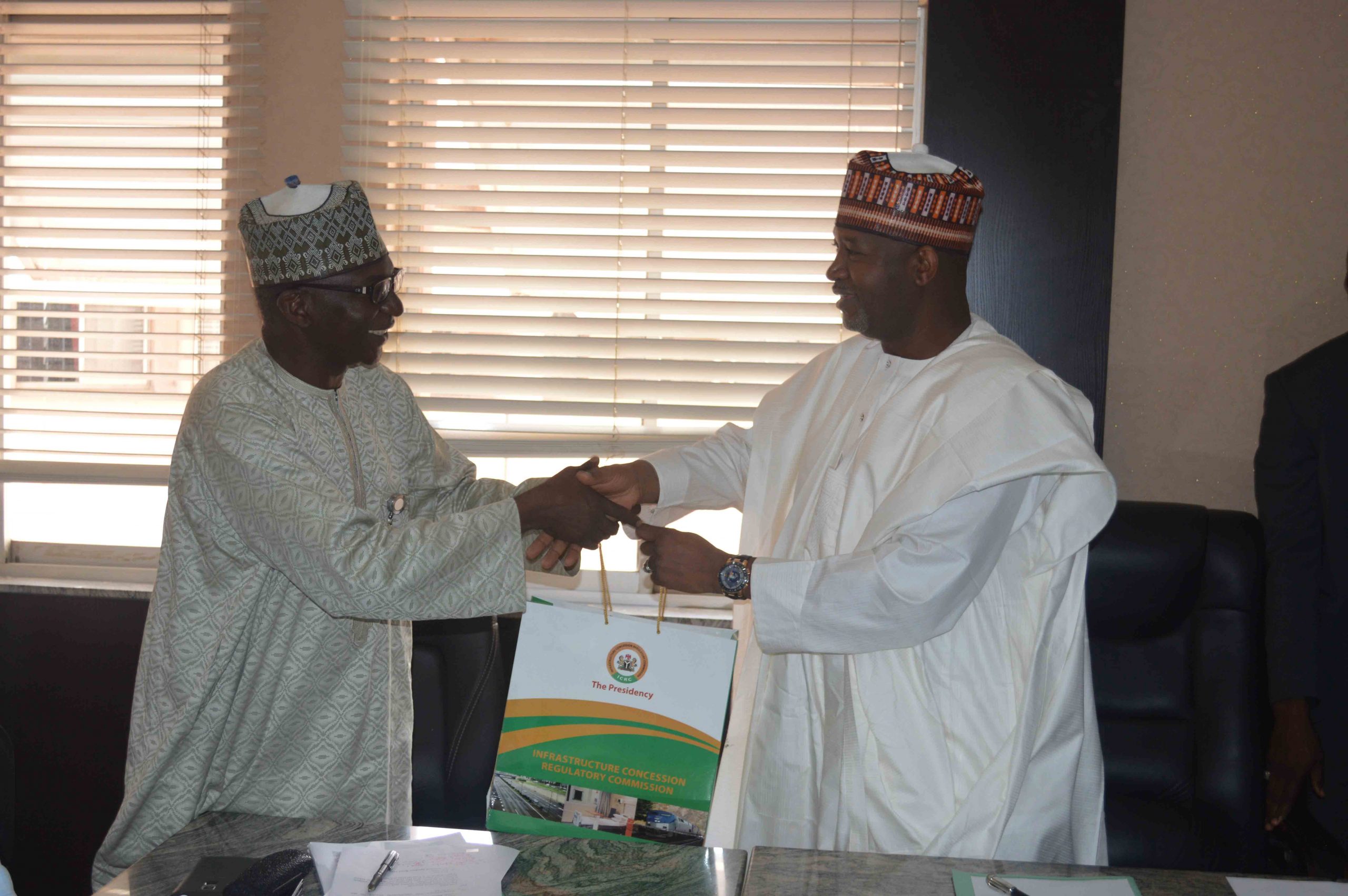 Director General of the ICRC, Aminu Diko, presenting copies of the ICRC Act and policy to the Minister of Aviation, Senator Hadi Sirika

Director General of the ICRC, Aminu Diko, has asked the Ministry of Aviation to speed up work on the concession of Nigeria’s four busiest airports – Lagos, Abuja, Port Harcourt and Kano, as recently announced by Minister of State for Aviation, Sen. Hadi Sirika. He further advocated the immediate setting up of a Project Delivery Team and a Steering Committee to be chaired by the Minister.

Diko made this submission when he led the management team of the Commission on a courtesy visit to the Minister of Aviation in Abuja.

He said: “PPPs are complex and take time to consummate and so there is need to kick-start the process by quickly establishing the project team that would see to the engagement of a Transaction Adviser to manage the development and procurement stages”.

“This should go hand in hand with the convening of extensive stakeholders’ consultations to ensure the success of the project in view of resistance to the planned concessions by aviation unions”,  he further declared.

Speaking on the Lagos Airport road rehabilitation project, Diko disclosed that the sum of N12 billion will be required to fix the road. According to him, a private investor has indicated interest in expanding the road into an eight-lane road with flyovers and the procurement process is ongoing, after which construction will begin.

Speaking earlier on the challenges with some PPP transaction, he mentioned that there has been no comparative management infusion into the Murtala Mohammed International Airport Terminal 2 because of the ongoing dispute. He listed the Medinah Airport Expansion project and the Kauala Lumpur Airport as having benefited from Public-Private Partnership.

Responding, the Minister of Aviation, Sen. Sirika, disclosed that with a population of over 170 million and a 38% return on investment, Nigeria ranks among the best locations to do business.

In his words: The trend around the world is to use other people’s money (OPM) for infrastructure development. Moreover, government does not have the required funds to revamp the country’s infrastructure, and so the Ministry would continue to encourage private sector intervention in service provision in the aviation sector.

He disclosed plans by the Ministry to promote the development of cargo airports to be co -located with existing ones which will be maintained by the private sector. He revealed that talks are ongoing with Bi-Courtney Aviation Services Ltd – concessionaire of the Murtala Mohammed Airport Terminal 2, with a view to resolving all pending issues. 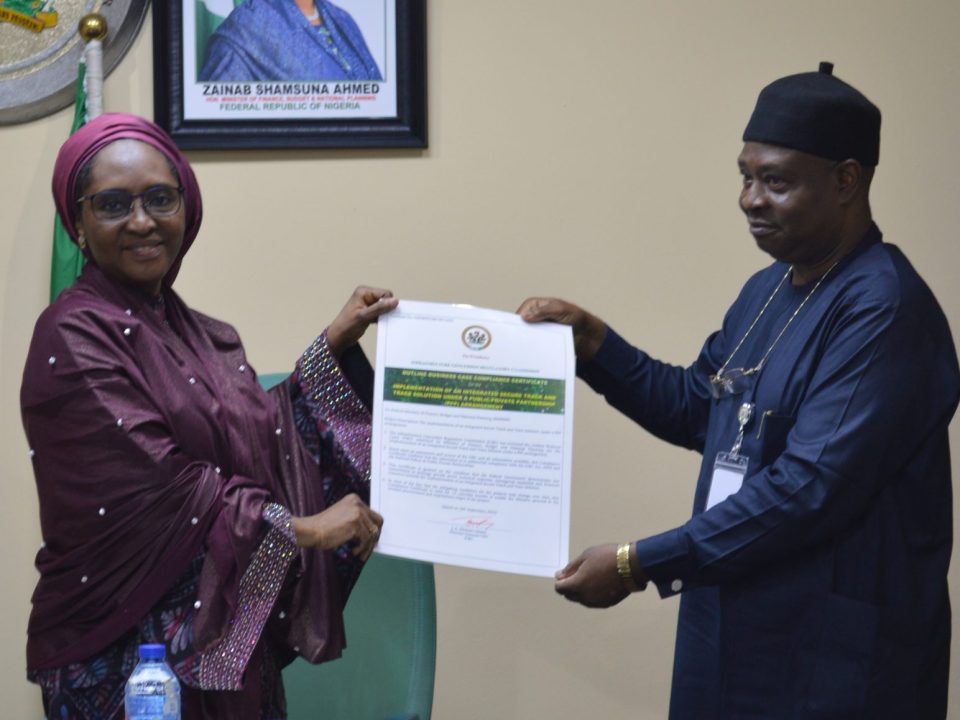 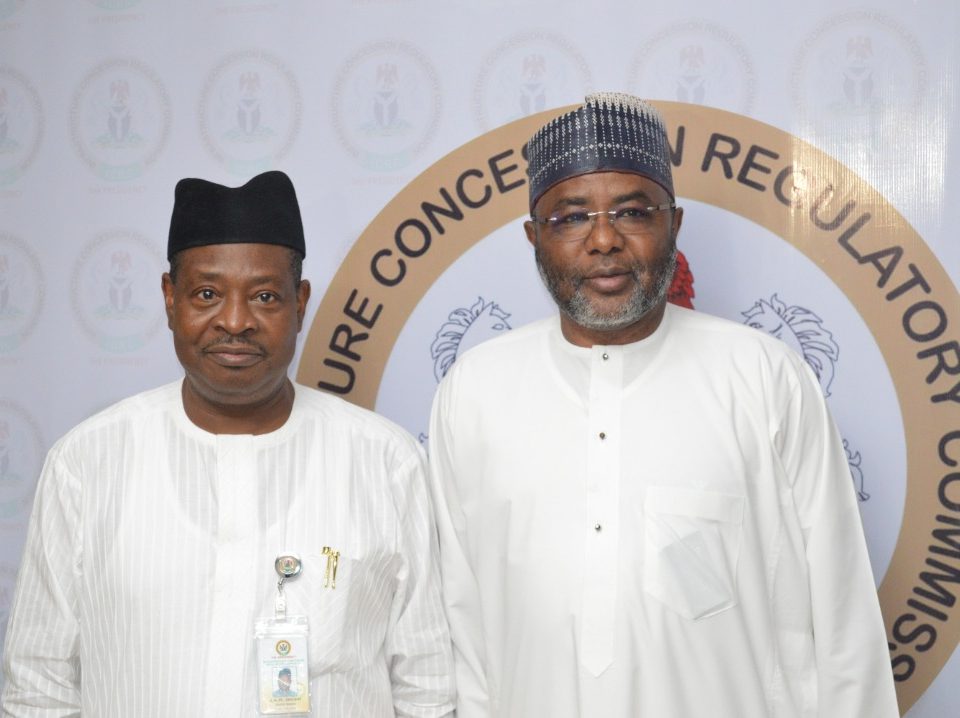